Shotgun Slug and Buckshots have nasty tendency to cost much more than most smaller shotsize ammunition. This has driven many shooters to seek cheaper ways to achieve Slugshots by modifying birdshots or using the birdshot cartridge as a base and just changing the shots to slug.

I came up this brilliant idea of a shotgun shell prepper from Youtube user Mountain Storm . All credits to him for the idea.

Shell Prepper will cut the star crimp away leaving a small rim which will act as the crimp to hold the wad and slugshot in place. 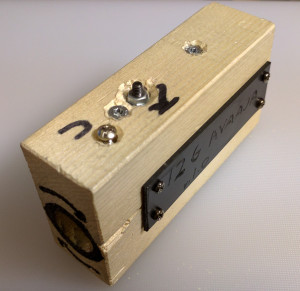 Unlike the original Shell Prepper this one is made by attaching two identical pieces of wood together with screws. Other major differences are that this DIY Shell Prepper is fully adjustable. Blade distance from the edge of the shell and blade tension can be adjusted without opening the Shell Prepper. 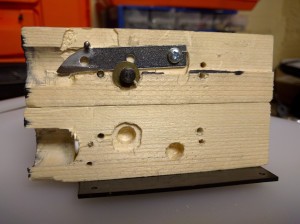 Internals are quite simple. The same block of wood was used to prototype the shell prepper trough three generations before settling to what you can see above. Thus the extra holes and router bites. 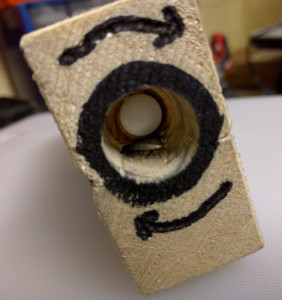 Previous Shell Prepper prototypes used snap-off utility knife blades. First version used 9 mm wide blade which turned out to be too weak and it.. well snapped-off after one shell. Next version used 25 mm blade which indeed was stronger but also bit too wide to make deep enough cut without eating the rim of the shell. Third and pictured prototype is now using custom made stainless steel blade (made from random metal scrap laying around) The blade had to be thick enough to withstand the force, but also not too wide to cut the crimp precisely leaving small rim to hold the internals in place. Blade distance adjustment was necessary as some tested cartridges had different plastic thicknesses and leaving the shell pepper to fixed rim thickness would not show wanted results. 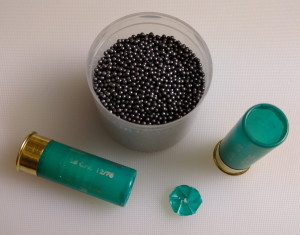 I will update the results after I’ve casted few 28g Lee Slugs to test with. As always, results may vary and modifying live ammunition is not recommended. Shooting modified ammunition is on your own responsibility.