I’ve been looking for a while for an adjustable AR15 gas block that has adjustment with “clicks” to measure the setting and also keep the adjustment without any thread-lock.

So far I have found two manufacturers with such products, SLR Rifleworks and Syrac Ordnance.

Now I finally got my hands on one, the SLR Sentry 7 Clamp On model. 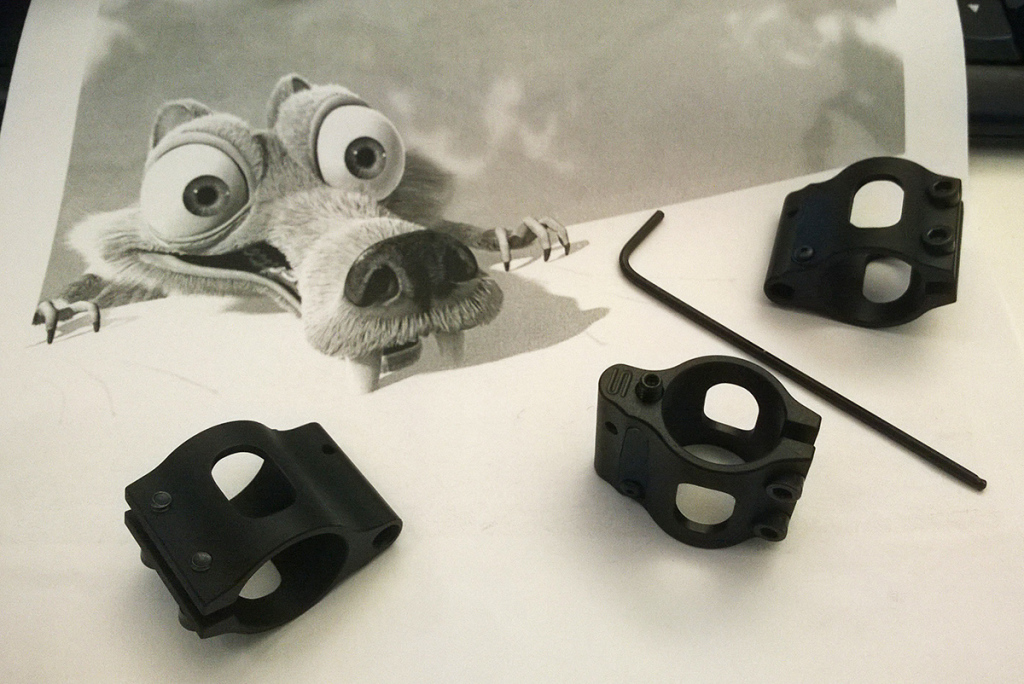 The package included the gas block with gas tube pin, adjustment hex-tool, manual and an SLR Rifleworks sticker. The hex-tool is nice to have and I was really impressed about the small size, low weight (manufacturer states 1.3oz / 36.9g, but I haven’t got a proper scale to verify) and the high level on finishing of the gas block itself.

The “manual” contained simple but enough instructions for installation, usage/adjustment and maintenance.

Manual states about 15 useable positions with 0/1 being fully closed. I measured 16 clicks from 0 to fully open, as depicted below by the pictures.

The adjustment has three clicks / revolution and this is enforced with a leaf spring, a plunger (as stated in the manual, I didn’t find small enough hex-tool to take the block apart) and the adjustment screw has three grooves machined on its sides, 1/3rev apart.

As you can see from the pictures below, the actual gas adjustment part of the adjustment screw, is a clean cylinder with no thread to get dirty and stuck.

The gas block is supposed to be a part of my IPSC Open Division rifle build and as it is currently the only part in the build, I currently have no actual hand-on tests, only pictures about the block itself.

Apparently it is recommended to close the gas adjustment during cleaning. I did some shooting-in for my new barrel, which required a lot of cleaning solvents. After shoot-in + around 1000 rounds I noticed that the *clicks* were barely noticeable on the adjustment and I took the block apart.

As you can see, there was a lot of fouling in the adjustment rifts. After cleaning, the *clicks* were again well noticeable.