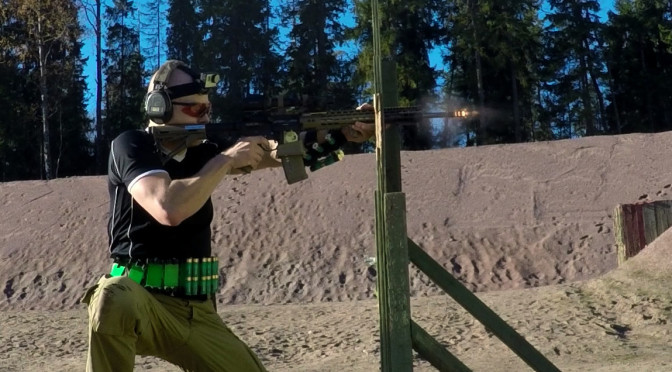 The weather was great for the date ( October 25th) and the stages were mostly pretty nice to shoot, with only few complaints: the plates on the plate-rack on stage1 were very heavy and it was not easy to tell a hit from 300m and 150m metal targets (stage4 and 5).

First we had to wait pretty long for the stage officials to finish their pre-match, but after that, the timetable held and we could quickly move to next stage after the previous one was shot.

After last stage we had some car problems but managed to get to awards ceremony  in time to collect the medals for 1st and 2nd in Open Division.
END_OF_DOCUMENT_TOKEN_TO_BE_REPLACED