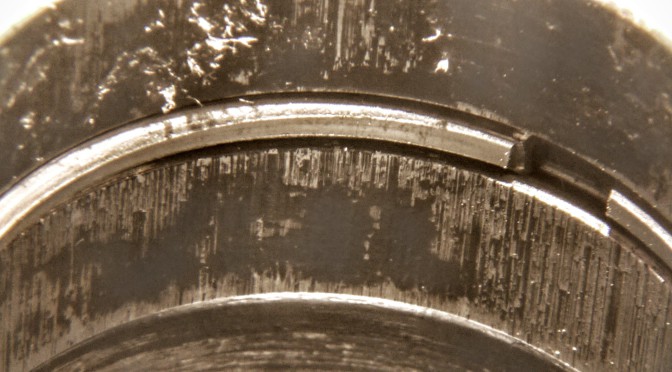 There is always that one particular brand, type or batch of shotgun ammunition that does not work with semiauto shotguns. Some shotguns are more picky than others and even same shotgun models some individual guns cycle same ammunition that other guns struggle with.

After doing all above I still found that there exists ammunition that does not cycle reliably with my Baikal MP-153.  Mostly really old 24g skeet and trap ammunition. Some may ask that why bother? Those asking that question don’t get the tickling sensation when fixing something makes things better.

I noticed that Baikal have machined a nice slot inside the gas piston. That slot looks exactly a slot for gas ring, but no MP-153 ever have had a gas ring in that slot. Maybe the purpose for that slot is to act as a gas trap? This particular MP-153 leaked a lot of gasses between magazine tube and the gas piston. Fortunately in other end of the gas system in gas regulating valve there is a gas ring that’s purpose is to make a seal against magazine tube. Would one of those gas rings work inside the gas piston? I even found a parts-diagram where there is an extra part 18 pictured inside gas piston.  Parts Diagram with extra gas ring – part 18 (original image source lost). But most parts diagrams does not contain that extra gas ring. Parts Diagram without extra gas rings. (Image source: http://weaponland.ru/ forums & google image search)

It took a while to acquire additional gas ring (part 18). Installation was relatively straightforward. I had to cut the ring slightly shorter (naturally I cut too much, but does not seem to cause too much gas bleeding)

First (and only) problem with the extra gas ring was that I could not install the gas piston back in place as I had so much carbon deposit on the magazine tube. After I cleaned that away everything went better than expected.

Extra gas ring have been in place for approximately 400 rounds without cleaning. No problems with carbon fouling any more as the degreased tolerances between piston and magazine tube causes the carbon deposits to be scraped away.