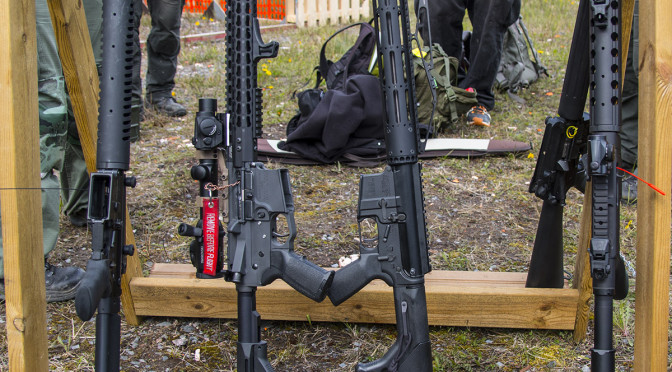 As officials we shot in the pre-match and thus took some handicap: when in pre-match, besides shooting the squad must also do all the necessary stage work and there are always some differences on the found ways to solve the stage challenges. For example on stage 2 we did not shoot the 10cm plates from prone (the stage was designed this way, but the main match showed that there were some faults on prop placement, allowing the prone position) and on stage 10 we actually stood normally on the start, instead of putting the barrel into the hole (this was apparently allowed in the main match).

Two of us shot with the NEA15-22 which was tuned as described in the NEA15-22 saga and we had zero failures, i.e. all rounds fired and no ejection problems. There was 12 stages and minimum rounds per shooter was around 165, actual count was of course higher.